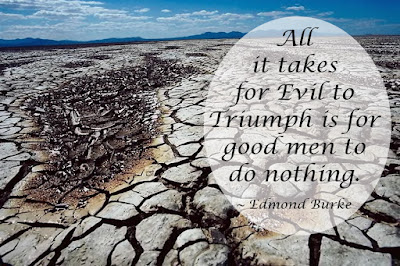 From day one - there has always been those who can only feel superior by shrinking up, dominating, or conning others. Though it is part and parcel of the fallen human condition, it is difficult for the normal mind to understand.

These are those clever and determined folks who seem to have inborn instincts that guide them in how to choose their victim(s). Firstly, a bully/conman (not a gender specific term, btw) can smell gullibility on a potential mark and crafts his/her approach accordingly. Their skills are so refined they can easily wobble and weave around any and all resistance or  pointed questioning. Once captured in the bully/conman’s web of deceit all ability to ask probing questions is effectively bound up because fear sets in.

Paralysis from fear is the bully/conman’s most powerful tool.

In a ‘feeling’ age, where critical thinking is overruled by less reliable emotions, bully/conmen are able to move more freely, unhampered. There is less resistance, for one thing, from those who are willing to believe everything at face value because otherwise one is accused of being a cynical skeptic. No one wants to be seen as cold and unfeeling in a ‘feeling’ age. Therefore more cons are possible now and as a result the feeling age morphs deeper and wider into a ‘lying age’ where discernment of truth becomes a waning skill.

We have reached the stage where very few have been spared the experience of being duped by a bully/conman in some way or another. In the realm of politics whole demographics of people are duped daily by vague, good sounding promises and dazzlingly crafted excuses. Bully/conmen are everywhere now, questing to profit in one way or another from those who adhere to the culturally required guile and trusting nature.

Of all the many types of grifters, the bully/conman type I have spent years researching is, in many ways, the most clever and successful because he hides beneath the facade of Everyday Man. He isn’t a star and, in most cases, lives a somewhat reserved life, often as a ‘family man’.  No flash and dash, he operates better flying under the radar. In many cases he presents himself as something of a victim of cruel fate - always claiming to be on the receiving end of bad luck or malicious intent from others, effectively eliciting compassion and willingness to come to his/her aid from the very one he is targeting.

But make no mistake, he is as dangerous as the most notorious criminal or political scam artist. In some ways even more so because his most valuable tool is not fear; it is shame. He expects that, once, or if, you are on to him, you will not take the steps necessary to out him - because you feel so dumb. How could you have let this person suck you in? How could you not see the signs? It’s embarrassing. You just want it to go away.

And so, over and over again, this kind of bully/conman does his/her thing, wrecks havoc, leaves destruction behind and then moves on, with little or no accountability.

I have done many interviews with people who have been duped and conned in various ways. It’s become a life focus of study for me and will eventually be a book - maybe. I have found that people are willing to rant and vent and tell their stories, always varied but in many ways the same, but when push comes to shove, in the end, they fall back into the very same conclusion when pressed to take some kind of action - ‘oh, I don’t want to get involved’, or - ‘oh, it’s too much trouble to go after him’ - or her.

I conclude what they really mean is that they just want to forget the whole thing so they don’t have to suffer the public sting and humiliation of having been fooled. Even if it means taking a financial hit or a life altering burden of financial destruction.

In every single case, regardless the differences, the one thing that is not duly noted by the victim is that, by allowing the bully/conman to go unchallenged, one is also allowing more people to be conned down the road.

No doubt it often takes courage to take a stand and can sometimes be expensive to step up to the challenge of speaking out. Many a victim has discovered, amazingly, how the world often chooses to side with the bully/conman instead.  In some circumstances it can even be a bit dangerous. Thus, more often than not, the bully/conman gets away with his/her evil deeds because folks are already distressed and prefer to choose the less difficult path, take their lumps, lick their wounds, and count their lessons learned from having been bamboozled and then try to put it behind them.

In effect, enabling the doer to do it again and again.

This seems wrong on so many levels to me but I find it an uphill climb to make others see this as the inevitable result of doing nothing. A source of great frustration.