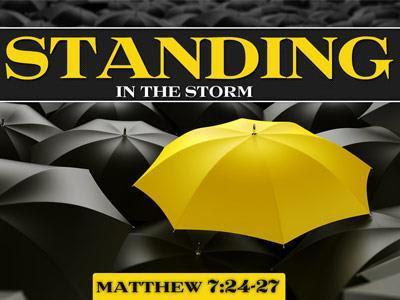 Though we cannot know what we do not know, it is also true that nowadays we are much too easily persuaded to believe something that isn’t remotely true. It would seem that, in this era of illusion and delusion, we actually prefer the lie, or  even a half truth over what is simply true that we ought to be able to see with even partially opened eyes.

But in many ways, and over the course of many years, we have been conditioned to accept falsehood because it just seems better. Certainly, a soft lie is easier to embrace than a tough truth. This seems to hold us hostage and makes us extremely vulnerable within all areas of human existence, whether in our religion, ideology or personal/business lives.

In fact, we have never been so vulnerable as we are in this high tech manipulated era. We are too easily blinded to what is true by what simply sounds/looks good. In fact, our conditioning has been so deep, wide and thorough, we trust anything that is told to us so long as it is presented in a way we accept as righteous/perfect/standard. I attribute this to the power of advertising - ‘Nine out of ten doctors agree!’ ‘Studies show that…” ‘A scientific fact!’  ‘Experts agree.’

It has taken awhile, as the digital age has grown into a huge monster, but now we are so truly dumbed down and manageable we are completely ripe for the picking.

These are seriously scary times we live in, unlike any other, especially for the remnant who persist in thinking for themselves, asking questions, and clinging to independent conclusions, even if it goes against the mainstream. Whereas once, in the not too distant past, the norm, especially in the free country of the United States, was the intelligent application of logic and reason, now drinking the Kool-aid, because everyone else is slurping it down, seems to be the standard. We don’t question anything anymore, especially if it is presented in the flash and dazzle of social media - the now fully accepted vehicle for TRUTH.

Example: In May of 2017 President Trump, returning from Saudi Arabia, outed the fake news media and used the word ‘covfefe’. No one knew what that meant so the first reaction was to grab it like a weapon to declare that the President of the United States was mentally ill and in need of being removed from office.

Recently, it has come to light, due to the diligent digging and dogged questioning of a few remaining free thinkers, that covfefe is actually an Arabic word meaning ‘I will stand’. Nevertheless, the executives of Google sent out a design order to the rank and file employees to block access to the definition of the word from any dictionary source online, thereby allowing the untruth that President Trump was mentally ill and using nonsense words could be fostered and promoted throughout cyberland and into the receptive brains of the officially dumbed down.

Let that sink in. We readily assume, because we have been told, that Google is the ultimate authority on searchable  and  attainable true facts. In our delusion we embrace, without question, that it is a truth-based mindless operation. We do not take into consideration the possible (and likely) bias of the charlatans behind the screen.

But that’s just politics, right? We have come so far we actually expect to be lied to when it comes to the sweet manipulations of political rhetoric. Oh the promises we hear during any election cycle! The magic words usually include free free free free free! Once the votes are counted, the promises seem to fade like an old canvas in the sun.

Unfortunately, our inability to recognize when we are being schmoozed and used actually begins within our own personal life experience. Psychopaths and con artists, or just ambitious liars, are especially skilled at sniffing out their next victim. They seem to have the predator instinct to recognize and tap into vulnerabilities when opportunities are spotted. Those who prey on others can be found in all walks of life. Once infected and, in many ways, saturated and possessed by the good sounding lies, the victim very often is left unable to see the truth sometimes even long after being rescued.

Driven by the insatiable need to have power over others, the perp uses every trick to create the illusion of goodness, rightness, and virtuosity. But why?

Humans have a natural weakness to be attracted to that which can be described  or interpreted as ‘good’, even though humans fall short of defining good as God does. The human version is always a facsimile, a cheap representation of goodness, but never true goodness. It cannot stand the test of time. It will always fall apart eventually.  At which time the perp moves on to his/her next victim.

We’ve all been scammed and hoodwinked at one time or another, the worst of the worst comes very close to destroying us or even leaves us in complete devastation to somehow figure out how to pick up the pieces and rebuild. But even so, many victims are still so infected with the poison of well-crafted untruth, regardless how irrational it is, and so never fully recover, like disillusioned members of a cult, they still cling to some irrational loyalty to the one who sucked them into the lie.

Whether it is ego-based or embarrassment, or incomprehension that such a thing could ever happen, some victims refuse to admit they were scammed exemplifying the old adage that it is easier to fool someone than to make them admit they were fooled.

When we experience the devastation of having been duped, if we could just take our lumps, realize that what happened to us was as much about how we have been conditioned to believe only what we want to believe is true, we can begin again, albeit a bit worn around the edges but so much wiser.

And then we can say ‘covfefe’ with confidence - I will stand.