There’s an old quote attributed to Einstein that says, “I don’t know what weapons will be used in WW3 but WW4 will be fought with sticks and stones.”

Think about that. It succinctly sums up the way human civilization rises and eventually falls often under the weight of it’s own advances. Why is that? Progress, invention, forward movement–good sounding words each and all, but history, found in the archaeological ruins of former great societies reminds us over and over that no matter how elevated and sophisticated those of an era think themselves to be, there is always a tipping point where upward positive movement falters and what was intended for good becomes bad. 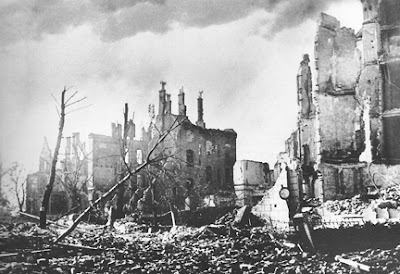 What remains after collapse is the bones to pick over by some future generation.

Scripture tells us that we, as followers of Christ, can expect tribulation in this world. We can count on being troubled for His sake and that’s why we are to consider ourselves in this world but not of it. I don’t know if you have noticed but there is a concerted effort now to stamp out Christianity. It used to be subtle but it seems there’s little hidden now but it’s a war being fought in the quiet places, in small increments. A little here a little there, like threads being pulled from a tapestry. Not enough damage to see but enough to weaken the fabric so that it can one day easily be torn apart.

This agenda is being implemented by unwitting agents who truly believe it’s their good and righteous idea. They enact laws that sound so egalitarian. They speak out in fierce determination to keep things separate or in the inverse, to cause all things to amalgamate. At all cost there is concerted effort to make sure no Christian values are allowed to have rights. But only Christian values, have you noticed? Everyone is entitled to rights except Christians. When the call goes out to protect and preserve cultural interests it never includes Christianity. Traditions and precepts long attributed to Christian culture are no longer welcome in this new enlightened society.

Unfortunately this isn’t new. In fact, history teaches that the benchmarks for every failed civilization are essentially the same. Sexual perversion, blood lust and the worship of idols, all of which are counter to primary Christian values,  top the list that heralds the end.

When a society gives over to the anything goes mentality, that society has signed its death warrant. For many years now the downward progression of America has been compared to the Great Roman Empire but, in truth, the pattern is similar to all rise and fall stories. And this time it’s not just America. That’s what is different in this age - the whole world is involved.

And so, the dark principalities that work overtime seeking to eradicate anything that points to accountability to the natural laws of God have succeeded in speeding up time. Satan is the father of psychopathy so he thinks he has a chance to win this so might as well get to it.

Like all those who live inside their own alternate reality Satan is wrong. But Satan being wrong doesn’t mean we, who seek to live for Christ, will not be subject to all manner of tribulation. When the news is nothing but bad, fear not. Stand. Count yourself as honored.

(Acts 5:41) They therefore departed from the presence of the council, rejoicing that they were counted worthy to suffer dishonor for the Name.