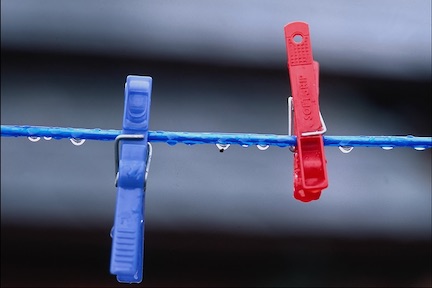 Been mulling over some things brought to my attention last week. Trying to make sense of it all.

I’ll just toss them out and you draw your own conclusions.

A friend of mine, who cleans houses, and does elder care, relayed to me a recent  disturbing personal experience. On a referral, she went to an upscale house to meet with a potential client. She had been told the couple was British and was excited because she has lived in the UK and still has relatives there.

Turned out the couple was actually East Indian and had, in fact, lived in the UK but migrated to the US because, as the woman explained, “My husband is an engineer and they pay peanuts in the UK.”

But then, she went on to complain about the US, almost to the point of ranting that, “America should be socialist like the rest of the world!”

In the short time my friend was there, she also learned that the woman had nothing good to say about American culture and how people go from marriage to marriage, and bragged, with noticeable arrogance, that hers was an arranged marriage.

My friend listened graciously, employing great reserve and just smiled and nodded through the tirade. She had already decided this wasn’t going to be a job she wanted when she agreed to do a cursory walk through to determine her fee.

Her decision was officially sealed when she walked into the master bath. Apparently this couple doesn’t use toilet paper.

In spite of being cynical and ever on guard for scams, I got sucked in to a good one. Live and learn.

There is an ongoing fight in our community to stop the development of hundreds of acres by a well known religious cult. Those of us who live in this sleepy rural suburb, are somewhat up in arms over the real and present danger.

Unfortunately, I let my guard down and, having read there was a petition to sign in opposition on Facebook,  I hit the link and navigated around in the Change dot Org site without doing my usual due diligence. I do admit my spidey sense was aroused when I hit the ‘Sign Here’ button and was instantly taken to another task that said, “Almost done - now just give us permission to access your Google mail contacts.”

This weighed on me for a day and so I decided to do some research. Apparently, Change dot Org is not what it appears to be. For one thing it is not non-profit as the ‘.org’ url implies, but also it makes its millions principally by harvesting contacts to sell to advertisers.

More importantly, the petitions, no matter how many people have signed, never get to the ones whose decisions might be impacted by such collective unity.

While navigating around in my local Sam’s, that is currently under renovation, I was growing frustrated because everything was moved around and I couldn’t find a certain product that was the main reason I had gone to Sam’s that day.

An older gentleman was handing out samples and I stopped to ask him if he might possibly know where the product I had spent way too much time looking for had been moved to. He sympathized with my angst and we fell into a discussion of the growing issues of having to deal with constant CHANGE in our old age. I may or may not have let loose on the absurdity of ongoing change for change’s sake in the digital age. He nodded with a pragmatic sadness.

As we commiserated over this strange new virtual world we live in, he confided that all the employees had been required to put an app on their phones. He said he wasn’t sure what it was for but that he suspected it was a tracking devise.

The times they are a changing. For better or for worse though?

My grandson, who is a wealth of nickel knowledge, informed me that Gucci trains all its employees to be rude and arrogant to the customers who come into their stores. Apparently the object is to project the concept that in order to be worthy to buy and use the products that bear the Gucci name, you have to prove yourself.

Things that make you go hmmmmmm…