My friend Ginger sent me an article about the positive side to convalescing. She knows I’ve been nursing a bum knee that has curtailed my active life somewhat. Okay, a lot. It turns out I have always been a supporter of the concept that sometimes we need to shut down in order to renew and refill our wells so I’m not complaining too much. 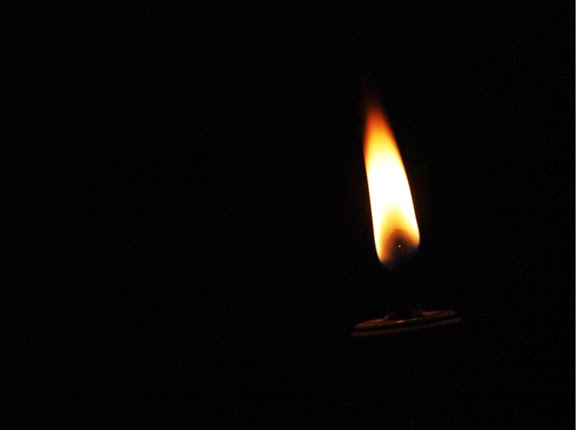 But you know what happens when my thoughts are allowed to slip off on rabbit trails.

I was reminded of the job that brought me to Atlanta in 1987. I was a budding photo stylist and was hired by a catalog production company. I didn’t realize it then but I was blessed to be able to work with some of the best commercial photographers in the country in a modern 50,000 sq. ft. building that housed talented graphic artists, copy editors, art directors, and, in general, a host of right-brained creative type people.

The first few months immersed me in the quick start middle of a challenging, energetic, creative experience unlike I had ever had as a stylist in Tulsa where I worked with one photographer, part time. In the new job the stylists were assigned to no less than two photographers who each had two sets working on a job. There was a full kitchen for making up styled food for shots and a construction department always filled with the banging, buzzing sounds of set building. The stylists were given a generous prop budget and we had a dozen specific places where we could go rent antique furniture and accessories to style work-of-art room sets. We also had a  wholesale florist where we could go get armloads of fresh flowers to make arrangements.

Oh! it was amazing! Like giving a kid free rein in a toy store.

During the busy seasons, usually several months before a holiday, the studio would be a frenzied, non-stop flurry of inspired action accompanied by raucous music blaring from the intercom. Then, at the end of each busy period, we had what was known as ‘downtime’. The studio would go dark and quiet. The photographers would clean their sets, catch up on needed repairs and replacements. The stylists would go through stacks of magazines and tear out beautiful pics they wanted to put in their ‘go-by’ reference binders and they cleaned up the prop room, sorting and reorganizing. The set building department scooped out the scraps and sawdust, sorted tools and paint cans. Everywhere, in general, the mood was quiet, regroup, replenish, do the menial, non-creative things to rejuvenate and  give the creative juices a time to rest.

Without exception by the end of a couple of weeks of this boring, left-brained tasking, the creative juices were always refilled and ready to get back to the full blown enthusiasm of crafting fabulous photos.

A few months in, just as I was really getting used to the routine, a ‘numbers oriented’ communication company based in Tennessee bought the company. In a matter of weeks many things changed. For one thing, the creative staff was required to fill in CAC cards (creative allocation cards) listing every move we made in six minute increments in military time. Not kidding. Imagine telling Rembrandt or Renoir to chart their daily paint strokes in six minute increments.

Then, once the number crunchers had finished assessing and reordering the work flow system by observing what the daily routines were of the creative staff, they determined that ‘downtime’ was counter-productive. Meaning, it wasn’t allowed. When the big seasonal push was done, they filled in the following time with smaller jobs.

So, the number brains took over and decided how the art brains ought to work, to squeeze out even more art. It’s a story that repeats itself in every way possible in politics, commerce, religion. Humans are so predictably–humanistic. There are, and will always be, those in all areas of life who do not see the benefit of downtime, convalescing, rebuilding and refilling the well. Unfortunately, these often end up in positions of power. Like slave owners.

What happened over the next year and a half was not just the reason for the end of my working there, but the complete destruction of what had been an incredibly dynamic, creative, joyfully productive environment. I also noticed, before I, along with many others, quit, a rise in anxiety and paranoia. There was a huge increase in the tension in the air, giving way to contention between the photographers, art directors and stylists.

What I concluded was that humans do need downtime or convalescing time to recenter, refresh and, as it became clear for me, to experience contrast. For whatever reason God made us this way–humans see something best when compared to something else. When we, the artists, were allowed to suspend being artistic and do the mundane, practical opposite, we inevitably were soon chomping at the bit to get creating again which was, after all, our reason for being there.

It was not only the ‘not doing’ or resting from our creative activities that made us ready to roll again; it was the comparison of not doing over doing. Just as we see the light better when dark is next to it, we need to know loss to realize gain, pain to recognize pleasure, scarcity to understand plenty, less to be grateful for much. We appreciate spring all the more for having endured the winter, and fall brings welcome refreshment  from the heat of summer.

When we finally recognize that our contrasts, our times of unrest give us all the more to be grateful for in our seasons of rest, only then can we begin to mature in grace.